The Future of VDC Lies in Advanced Technology... And the Processes...
Christian Blomdahl, Director of Process Innovation, Suffolk

The Rise of Tech Platforms and How Data is Used Today

In the last 15-20 years, BIM (Building Information Modeling) and 3D modeling have represented the most technologically advanced innovations in the construction and design industry. By leveraging spatial modeling software, designers can more rapidly iterate concepts and add more certainty into the build process. This allows for more offsite, modular, prefabrication and faster execution of inherently more complex projects.

The rise of technology platforms to manage every step of the construction process – from entitlements to scheduling, estimating, project management, design and more –is creating mountains of theoretically actionable data.

The next generation of BIM, which promises to drive efficiency into the design and construction process, revolves around tying cost, time, labor, and other data to the 3D model environment. That, combined with incorporating building code and design thinking to those same 3D model objects, allows the builder and designer to optimize around cost, quality and compliance in the 3D environment before construction begins. Making that data structured, instantly available, and algorithmically driven reduces errors, accelerates informed decision-making, and drives efficiency in the construction and design process.

Data in Action: Programs and Applications

Consider the types of programs and apps that are particularly useful for gleaning data about the design and construction process. Today, programs that structure data in ways that help users understand how a project or person is performing are much more useful than single-purpose programs.

For example, recording daily hours worked in a traditional timesheet program is useful for payroll but doesn’t offer further insight as to why someone may have worked the number of hours charged. Alternatively, a daily report program – one that captures time spent on specific activities like meetings, hardware downtime, and production drawings – give management added insight into why a worker may be perceived as slow; for example, it could be that a quarter of their time is spent waiting for their computer to load. Programs that help management answer the first level of “why” are much more useful for process improvement.

Data in Portland: A Real World Use Case

Data captured in our daily productivity reports, for example, indicated that our detailers were spending a disproportional amount of time waiting on their machines to process drawings. Since we had the data to show where time was being wasted, we were able to prove the return on investment (ROI) calculation to purchase new machines.

For some individuals with old machines, the ROI was less than 60 days. The new machines increased production time for our detailers and added capacity within the detailing department (which is always strained for resources).

Before adopting a structured data approach, the only evidence we had as to how well our machines were performing was anecdotal (mostly complaints). This led to some individuals being perceived as higher maintenance when, in reality, their machines were just significantly slower. And some individuals who did not complain also had slow machines, but took no issue with waiting for drawings to load. The lack of data — namely not knowing which detailers were using slow machines — was hiding a drag on productivity.

Where Construction Needs Data the Most

Cost accounting and historical performance metrics have enormous potential for the data analysis space. Historically, construction companies have only had access to financial data that was structured in a way that allowed a data scientist to build and analyze trends. Building historical databases that are dynamic enough to account for the complexity of today’s projects and tied to the BIM could provide huge insight into forecasting future project costs.

Now that we know where data is most needed, let’s look at obstacles to leveraging data as well as what (or who) is needed to overcome them.

Bring in the Data Scientists

To start, “data scientists” needs to be new players on design and construction teams. Data science is about removing emotion, heuristics, and cognitive biases from high-stakes decision making that are inherent in our industry (and all industries, for that matter). It allows personnel to make more informed decisions and focus on more interesting complex problem solving.

As structured data collection and retention expands in the industry, data scientists will be paramount in driving more informed decision making – both on a micro (project-level) and macro (business-wide) level. Early findings from our relatively limited utilization of data science methodology has yielded new, previously unseen correlations between data points that can help predict and mitigate risk earlier than we previously imagined.

A significant challenge for construction industry players seeking to justify the expense of retaining data scientists is the lack of structured data at scale. Technology companies, with large margins and capital to deploy, can offer more attractive compensation for in-demand data scientists. Also, these companies are more foundationally built on structured data collection and management, thereby making them better equipped to realize ROI from data scientists.

Where to Start Now

Software platforms and data analysis are breaking functional siloes and barriers across the construction and design industries. While I’ve covered several technologies and scenarios already it can be daunting for companies to know where they should begin.

The first step for McKinstry has been to provide access to the data that we already have, namely to BIM and 3D models typically siloed within the engineering and detailing departments. Model collaboration and visualization tools allow the project team to examine the model in a more detailed and interactive way that drives deeper overall project understanding.

While your path may vary, the positive outcomes are almost guaranteed. Advancing software platforms and the rise of data analytics is the push our industry needs to move forward. 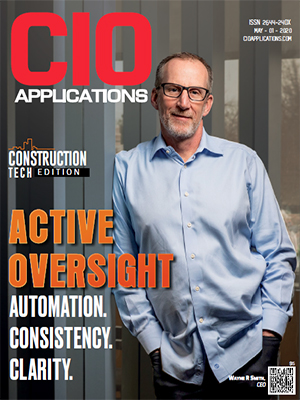 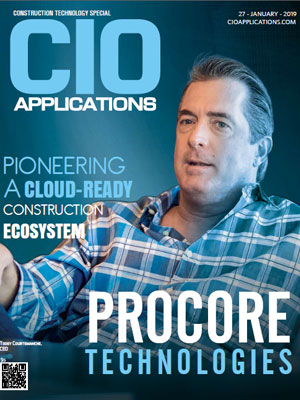 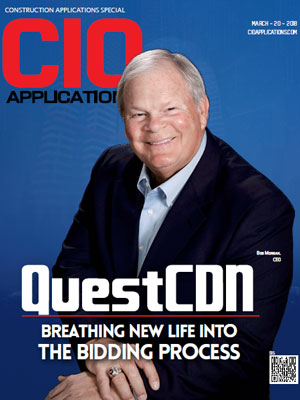 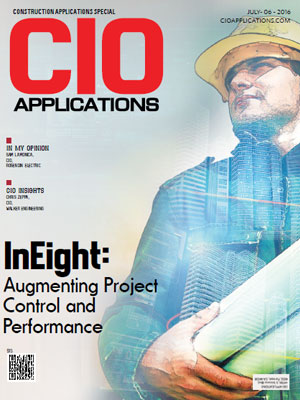 Previous Next
Tweets by CIOApplications

Is it Time to Rethink Your Wellness Strategy? 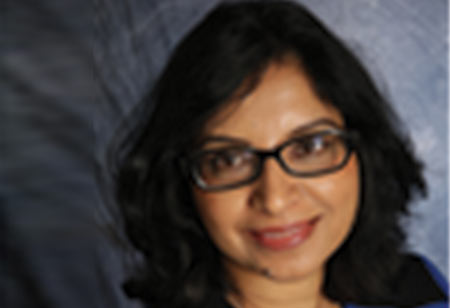